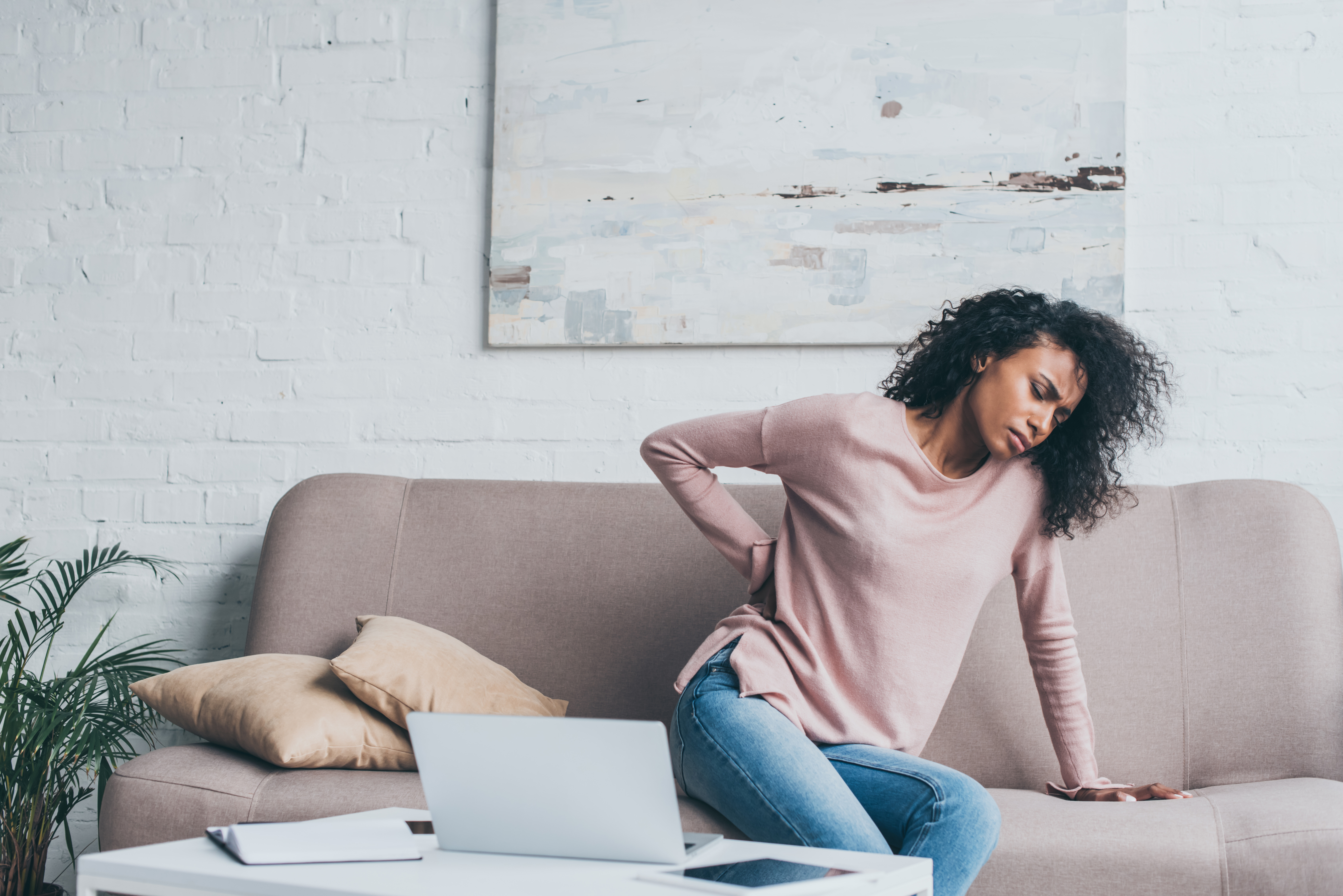 A brief history of implicit bias and racism when it comes to treating women of color’s pain, and what we can do to stop it.

From maternal mortality to breast cancer survival to mental health treatment, healthcare outcomes for women of color in the U.S. can be challenging. Shondaland decided to take a deep dive to uncover the root causes of this urgent problem, and to shine a light on the solutions that can bring inequities to an end.

Medicine has a history of bias and racism, much of which the health-care industry still struggles with today. Implicit bias against female patients of color has been seen in everything from mental-health treatments and childbirth to breast-cancer outcomes. It’s also present in how modern-day medical professionals perceive and treat pain in women of color.

Dr. Keisha Ray, PhD, is a bioethicist at McGovern Medical School at the University of Texas Health Science Center in Houston. There she focuses on the social determinants of racial disparities in health care and incorporating race education into medical-school curricula. She says that implicit biases and medical racism largely stem from a historical context that has been carried forward into the modern era.RELATED STORYMaternal Health Outcomes for Women of Color

“There’s a long historical legacy about how people thought about and wrote about Black people’s pain. Ridiculous things about medicine and Black bodies, being able to birth multiple babies, stronger babies, differences in skin, tissues, sizes of the brain, even beliefs that there were psychological differences between white people and people of color. There was a belief that depression or anxiety was a disease of having things, and because Black people were slaves, they didn’t have things, so they weren’t susceptible to those disorders. There are all these things that didn’t go away or adjust just because slavery ended. In fact, they transformed into new things that now impact how Black people are treated in medical settings today. There’s even the belief that Black people don’t feel pain. If you look at this history, many of these biases are just reformulated for the 21st century,” Dr. Ray says.

These biases, in turn, impact everything from mortality rates to pain treatments for people of color.

Here are some facts about implicit bias and racism in medicine — especially as it pertains to pain.

As Dr. Ray says, just because someone puts on a white coat doesn’t mean that their racism and implicit bias goes away.

“Health care does not exist in a vacuum. It’s reflective of the values we have in general society,” she says. “I always tell my students, you are now in a position where your biases mean life or death to someone. I don’t think that a lot of physicians realize that. There’s no reason to believe that someone in the medical profession is any less racist than the general public. They treat people and bring those biases with them.”

Pain is not taken seriously

A 2016 study published in the Proceedings of the National Academy of Sciences revealed that more than half of the 418 white medical students and residents surveyed falsely believed that there are biological differences in the way that people of color and white people experience pain. At least 73 percent of those medical students and residents surveyed held at least one false belief about how people of color experience pain. As that study notes, “These findings suggest that individuals with at least some medical training hold and may use false beliefs about biological differences between Blacks and whites to inform medical judgments, which may contribute to racial disparities in pain assessment and treatment.”

Dr. Ray talks about Serena Williams’ experience of childbirth and postpartum. She says, “The racist jokes that Black women complain too much, and the over-sexualized Black female body, all these biases are killing women because medical professionals are using them to treat people of color or not treat them. If Serena Williams is not listened to, then what hope does a poor woman of color have?”

The historical roots of racial bias in medicine

As Dr. Ray points out, though horrific experiments like those done without anesthetics on female slaves and infants by Dr. J. Marion Sims in the antebellum era no longer happen in the modern era, the implicit bias and medical racism that began during that time continue today.

“We’re seeing it manifest in different ways now,” Dr. Ray says. “It may be used in certain interventions, like if we are going to go through childbirth, medical professionals believe Black people and people of color can wait longer for an epidural, or that we don’t need something that’s the same strength as white women do. These outdated beliefs then influence the way that people treat Black babies too. They are getting less care than white babies, which then contributes to higher mortality rates. This is history repeating itself, transforming into the bias of the 21st century. It’s nothing new. It’s just now that we’re talking about it more.”

Dr. Ray works with medical students in their fourth year of schooling, and she says that educating students early on is crucial to put a halt to medical racism and implicit bias, especially when it comes to the treatment of women of color who are experiencing pain.

“It’s important to have classes on the history of racism and how it informs medical care today,” she says. “The history of the institution that these medical students are going to be a part of has been founded on racism, and it’s vital to understand that.”

She also suggests that change needs to come from the top down. Policies at the governmental and institutional levels are crucial to changing the paradigm and ensuring that women of color are given the same pain care and support that white women receive. She also suggests that more studies focusing on women of color and their experiences need to happen.RELATED STORYA Look at Breast Cancer and Women of Color

“It can’t just be individual doctors getting educated on medical bias. While that’s great and it should happen, real change has to happen from the top down. There also has to be institutional policies in place that both educate and punish if something happens where an MD is found to be treating people wrongly. There has to be some kind of accountability, and that can only happen with policy-making,” Dr. Ray says.

Despite how deeply entrenched implicit bias and racism are in the health-care industry, Dr. Ray has hope. She points to President Biden’s task force to study Black mortality as one bright spot. Because, as she points out, “The one thing we don’t have a lot of is data, and data is a useful point to make policy.”

What women of color need to know when suffering from pain

Dr. Ray suggests that there are some things that women of color can do to help protect themselves when dealing with pain and ensure that they are getting the best possible care.

First, she says that women of color should be very up-front with whichever doctor or medical professional you choose to see. “Tell them you know about Black mortality and that you have concerns about biases and how they impact pain management,” she says. “Look up the hospital that you’re going to to see that the medical staff goes through bias training.”

She also says that when you are interviewing your doctors and medical providers, you should consider their cultural awareness. “Ask about cultural-bias training. Ask about past patients and whether your doctor has, for example, delivered Black babies before. Ask if there have ever been any issues. If you can, get a gauge of their experience. That can be really helpful. Looking at where your physician did their medical school and training is also important. Chances are if they did it in a large urban city, then they have had patients of all races, and they’re more likely to have cultural-bias and racism training.”

Dr. Ray also suggests that women of color should do their best to search for a medical professional of color. While there are no formal outlets to search for medical providers of color, she suggests tapping into your social networks to find medical pros who meet your needs. For example, Dr. Ray says that there is a Facebook group for Black doctors in Houston, where she is based. “Race matching isn’t perfect,” Dr. Ray says, “but it is one of the solutions that has worked to improve outcomes for women of color.”

The best policy when dealing with pain is to continue to communicate the level of pain you feel to your doctors and insist on proper treatment. Medical bias and racism are undeniably present in the system, but there are things you can do to protect yourself, improve outcomes, and get the proper pain management you need.

Read the complete story on Shondaland.