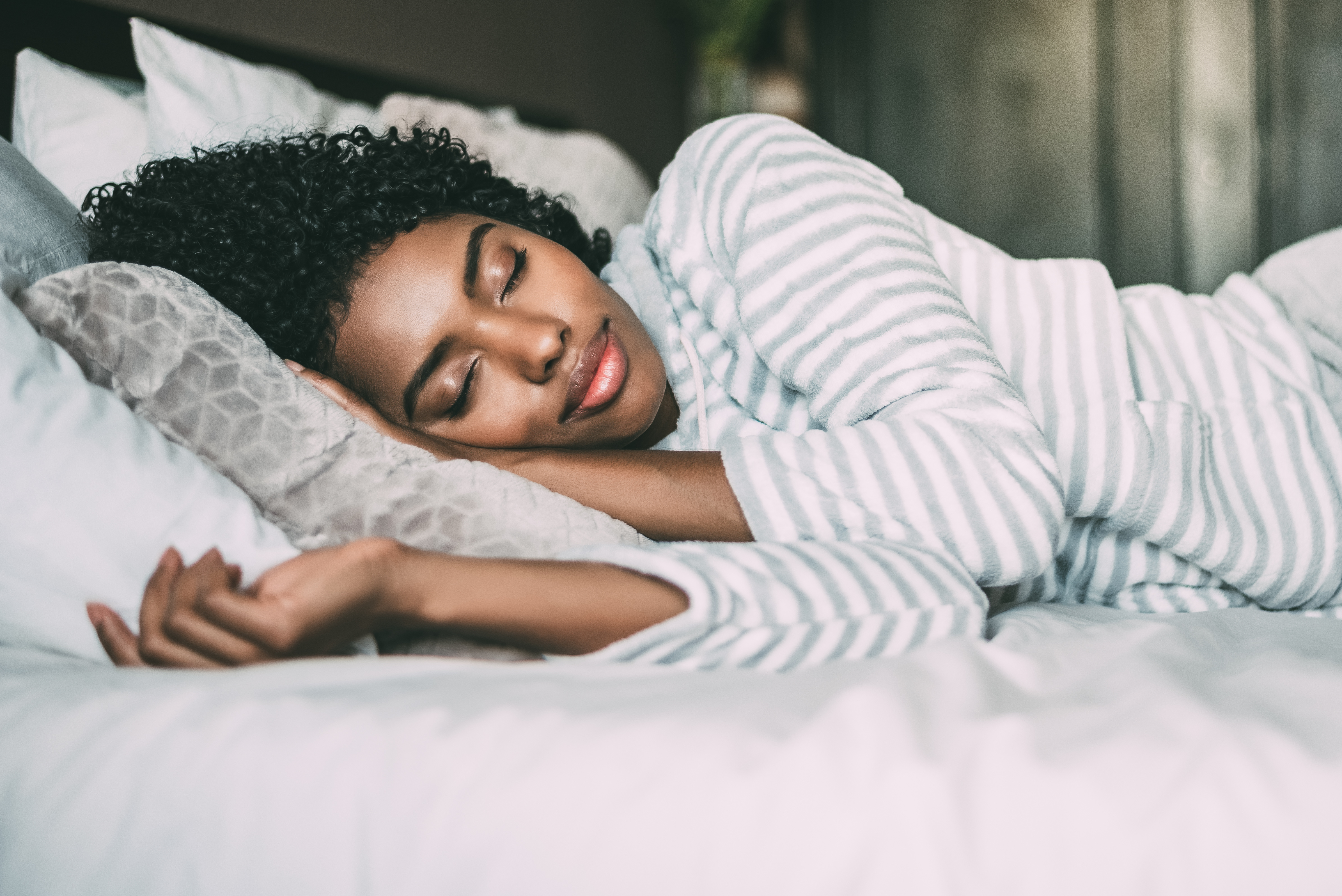 We spend more than one-third of our lives sleeping or in some cases, trying to sleep. Though most scientists don’t know precisely why we need sleep, every single animal requires it to live. Sleep and rest form a critical part of wellness, and it’s vital that we get enough of both every single day.

As Bill Fish, Managing Editor of SleepFoundation.org, says, sleep is the third pillar of wellness next to diet and exercise, yet for some of us, it remains one of the most elusive, frustrating, and most difficult things to get. While there are some things you can do to improve your chance of catching those elusive Z’s, it’s crucial to understand the basic benefits that sleep provides.

While the reasons we need sleep have largely stymied scientists, there are concrete things that happen when we sleep. Those processes help us do everything from eliminate waste, to build brain and muscle tissue and recover from long days spent focusing on work or family. Here’s why sleep is so essential to our physical, mental, and emotional well-being.

Understanding the stages of sleep

According to the Cleveland Clinic, sleep is made up of two basic states, REM sleep (rapid eye movement) and NREM (non-rapid eye movement) sleep. Each stage of sleep is marked by measurable mental and physiological changes like brain waves (typically measured by EEG) and respiration rates.

REM sleep is likely to be the type of sleep that we are most familiar with, and we typically go through anywhere from three to five cycles of REM sleep on a night when we get enough rest. Typically within the first 90 minutes of falling asleep, we enter REM. This stage is marked by more rapid breathing, increased brain activity, muscle relaxation, and rapid eye movement under our eyelids. REM is when we frequently have vivid dreams since the brain is highly active during this stage. As kids, we spend a more significant percentage of our sleep time in REM. If you’ve been groggy after waking up in the morning, it’s probably because something woke you out of REM sleep. The longer we stay asleep, the longer our REM cycles last. The initial periods of REM sleep last around 10 minutes, with each one lasting longer, up to 90 minutes, according to the Cleveland Clinic. In general, you can wake someone from REM sleep.ADVERTISEMENT – CONTINUE READING BELOWhttps://8800c453443d9adca08e45e183d72423.safeframe.googlesyndication.com/safeframe/1-0-37/html/container.html

NREM, on the other hand, is a bit more complicated. There are four stages of NREM and these periods punctuates the REM sleep we get. Each stage can last anywhere from five minutes to 15 minutes. Stage 1 and 2 are periods of lighter sleep and are generally marked by a slower heart rate and lower body temperature. Stage 3 and Stage 4 of NREM sleep are deeper states, which are known as slow-wave or delta sleep. Typically the significant changes in hormone levels, relaxation, brain wave activity, and respiration rate occur during REM sleep and Stage 3 and 4 of NREM sleep. It’s generally more difficult to wake someone from Stage 3 or Stage 4 sleep, and these stages are when the most repair is done in the body.

Each stage of sleep serves a different purpose for the body, mind, and emotional well-being. Each one is equally important for repair, rest, and rejuvenation.

How sleep supports our physical well-being

There’s no question that you tend to feel like you need more sleep when you do anything physically strenuous or outside of your normal physical activity levels. Not only are you generally burning more calories when you are more active, but you’re also creating microtears in your muscles (which is a critical part of muscle building) that need repairing. Sleep helps you do just that.

During various stages of sleep, our hormone levels fluctuate. During Stage 3 NREM sleep, in particular, growth hormones, appetite-regulating hormones, and other reparative hormones flood the body and get to work to repair and replenish our muscles, regulate our blood glucose levels and hunger, and help repair the physical (and mental) toll of stress.

In addition to this, according to Sleep.org, certain physical reparative activities only happen when we sleep. These include tissue repair and muscle growth, as well as muscle coordination and muscle memory. So, if you’re starting a new workout and trying to lose weight, you might find that getting a good night’s sleep helps you achieve your goals quicker because you are giving your body time to recover and repair. Those microtears you created while you were working out get repaired and rebuilt (to be stronger) while you sleep. Most experts suggest a regular sleep schedule that includes anywhere from seven to nine (or more) hours of sleep per night can significantly impact your ability to gain muscle and lose fat.

When we don’t get enough sleep, though, our physical body can suffer. Not only do we feel mentally foggy and tired, our athletic ability declines, and sleep deprivation can also cause and contribute to significant physical health problems. According to a 2015 study published in the International Journal of Endocrinology, sleep disturbance and a lack of sleep can lead to physical issues like insulin insensitivity, obesity, diabetes, hormonal imbalance, and appetite dysregulation.

How sleep supports intelligence and learning

If you’ve ever had to take a test while running on no sleep, you know just how difficult it can be. Facts that you crammed overnight often fade with the light of day, and your test scores and performance can suffer. It’s not just a temporary event either. It turns out that getting little quality sleep can significantly impact our ability to learn and retain information in the long run, too, according to this 2006 study published in the Neuropsychiatric Disease and Treatment journal.

In addition to the negative impacts of both short and long-term sleep deprivation, scientists have shown that our intelligence is deeply impacted by our sleep quality and quantity. Back in 2016, four researchers from MIT discovered that structures, called “sleep spindles,” or short neural oscillations that occur during non-rapid eye movement sleep, are markers for intelligence. The more sleep spindles you have, the more ability you have to perform what the researchers call “fluid intelligence,” meaning that you can “identify complex patterns and relationships and the use of logic to solve novel problems.” These spikes all occur during NREM sleep and are correlated with intelligence. While the researchers point out that you can’t really do much to increase the number of sleep spindles you have, you can help improve your sleeping environment, which can promote deeper states of sleep.

While scientists may not fully understand why sleep is so vital to humans, it’s important that adults get anywhere from seven to nine hours each night.

In addition to this, sleep — especially REM sleep — helps you learn and process the events of the day. While you sleep, your brain reviews events and categorizes the things that happened, moving them into longer-term memory and helping you organize what you took in during the day, according to Harvard Health. In addition to helping you recall and learn, sleep can also help boost creativity since the REM cycle and the dreams that happen during that time can unlock you mentally when you feel stuck.

How sleep supports our emotional well-being

If you’ve ever spent a sleepless night tossing and turning or being up with a baby, you likely know how sleep impacts your mental health. You may notice that you’re shorter tempered, less focused, and even more aggressive the less rest you get. There’s a good reason for that, too.

According to the Sleep Foundation, during sleep, brain activity fluctuates, increasing and decreasing during the different stages of sleep that make up a normal sleep cycle. In NREM sleep, overall brain activity slows, but there are quick bursts of energy. In REM sleep, brain activity picks up rapidly, which is why this stage is associated with more intense dreaming, and why it’s also the stage that generally helps you integrate and process emotional events.

REM cycle sleep helps the brain process emotional information, according to the Sleep Foundation. During sleep, your brain evaluates and remembers thoughts and memories and generally focuses on the good things that have happened in your life because doing so helps make you more mentally resilient. There are some indications that a lack of sleep can prevent the consolidation of positive emotional events, which can, in turn, influence mood and emotional reactivity.

Sleep is vital to life

Sleep is as vital as breathing and eating, according to science. It affects everything from our physical well-being to our mental health, and it can make or break us when it comes to coping with life’s ups and downs. There are plenty of things we can do to improve both the quality and duration of our sleep, but in some cases, professional medical help is needed. If you or a loved one has experienced a significant mood change, shows cognitive changes, or has gained or lost a significant amount of weight in a short period of time, sleep problems may be to blame, and it could be worthwhile to connect with a medical professional to get help.

Learning more about the mystery of sleep, how it affects us, and how vital it is to our well-being is the first step to untangling sleep issues and getting a better night’s rest.

Read my story at Shondaland.