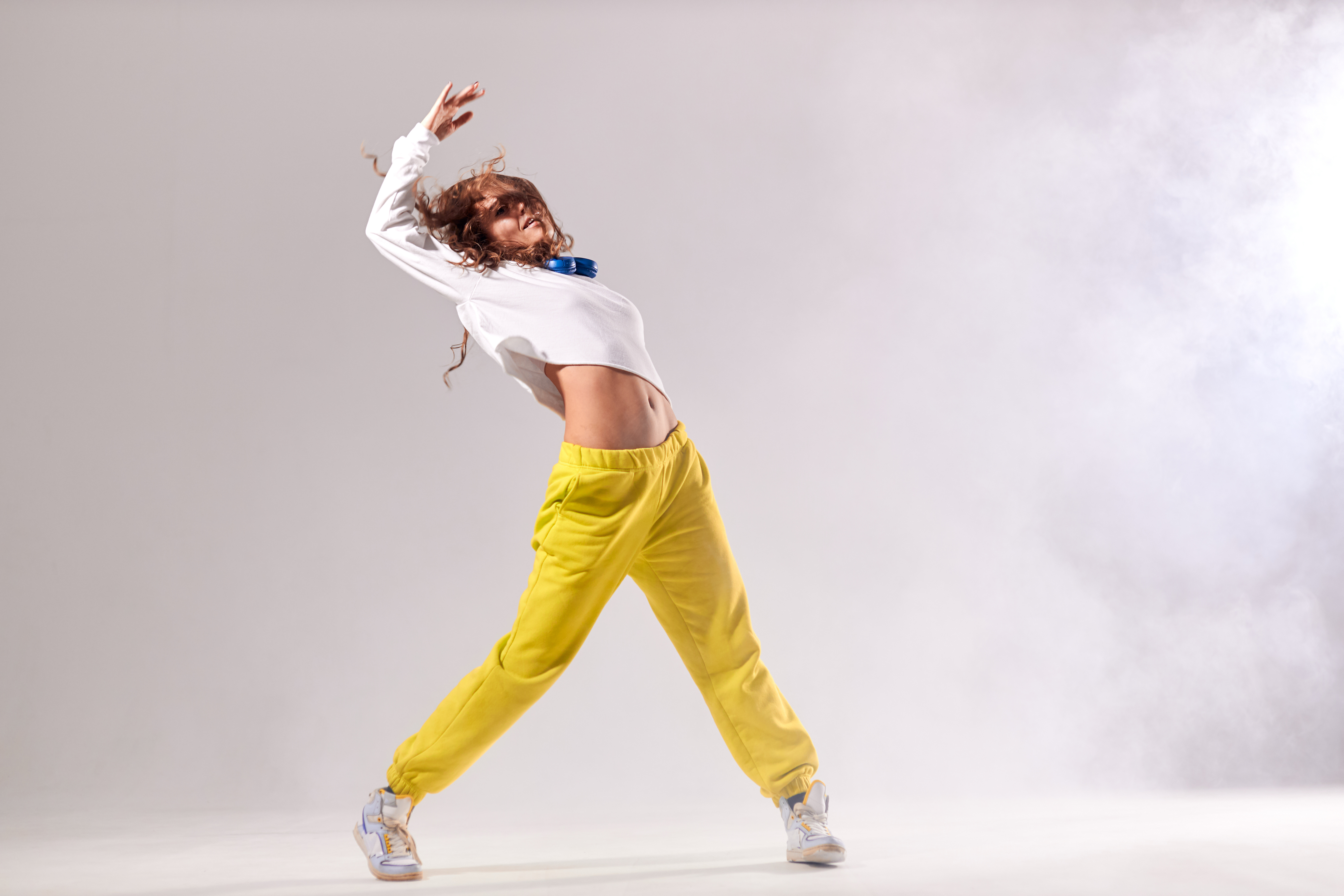 Dance is a powerful and compelling communication technique that humans have used since we came into being, and it lives on in our modern world in a wide variety of forms. We use it to celebrate, mourn, emote, connect, communicate, and express. Whether you’re dancing it out in the privacy of your own home, tuning in for a special event presented by a local ballet company, or getting ready to watch Dance Dreams: Hot Chocolate Nutcracker on Netflix, dance has the power to impact our lives well past the end of the performance.

It’s a powerful tool that can connect us both deeply to ourselves and to our fellow humans regardless of whether we’re in the theater or tuning in remotely.

Dance as a universal tool for communication

Dance has been around since humans began living in groups. In 2006, Steven Mithen wrote a book entitled, The Singing Neanderthals: The Origins of Music, Language Mind and Body, that argues that the evolution of music, and eventually dance, has had a significant impact on the development of our language and communication abilities. He also published a study in the genetics journal for the Public Library of Science that argued that dance was elemental to our survival because it offered us a way to bond and communicate, especially during difficult times.

Scientists believe that early humans with coordination and rhythm had an evolutionary advantage.

Dance through the ages has continued to offer a way for humans to connect, too. Robert Battle is the Artistic Director at the famed Alvin Ailey American Dance Theater in New York. He says that dance, even today is simply a part of our human DNA. “I think it’s no coincidence that all cultures have a form of dance passed down — a form of movement that comes from it serving a function in society, not just entertainment. I think there is something in there that is kind of a part of us, a part of our history and our makeup,” Battle says.

“For millennia, dance has been a non-verbal form of communication and expression. It’s a form of movement using symbolic gestures. It’s such a natural expression,” she says.

Dance as a tool for celebration and resistance

Dance has always been used to communicate deep feelings — whether sad or happy. Most recently, thousands of people took to the street to celebrate Biden’s presidential win all over the nation. Both those who study the cultural significance of dance and those who perform believe that dancing has a far wider reach than just a communication tool.

“There’s been a record of dance over the last 9,000 years or more. It’s what makes us human. We can have this form of communication and movement that is planned even though it may be improvised, just like when people ran into the streets after the election,” Fushille says.

Battle echoes a similar sentiment. “There’s the question of what came first — was it sound or movement? Well, you have to open your mouth to make a sound, so movement came before sound. Dance is not just what you see on the stage, it’s what happens when people dance at church or in a club. It’s everywhere, and it’s all spiritual for me, regardless of where it happens. It releases all kinds of things in the brain that we haven’t even really begun to understand,” he says.

Dance can also be a tool for resistance. As Chris Smith, a professor, chair of musicology and founding director of the Vernacular Music Center at Texas Tech University wrote in this Washington Post story, “These dance celebrations — the most recent and visible manifestation of years of in-the-trenches organizing, registration and activism — are not a new feature in American life and politics. They are part of a centuries-long history of marginalized groups using street dance as a revolutionary and celebratory tactic…At various moments throughout U.S. history, those disenfranchised from the corridors of power have taken to the streets, using movement and noise as emblems of resistance. The streets, in turn, have become a battleground in which contests between enclosure and access, control and freedom and assent and dissent have played out.”

Suzanne Martin is the lead physical therapist and wellness consultant at Smuin Ballet, and she says that the urge to dance when faced with overwhelming emotions is, in fact, biologically coded.

“In celebratory times, dance offers a way to express joy. Any person who gets a jolt of joy makes involuntary movements and vocalizations. It’s hard to say where that originated, but I think that cultures figured out this early on, and it was a way to share news throughout a group,” she says.

What happens to our brains when we dance?

As humans, we have all experienced the uncontrollable urge to dance, tap our toes or our fingers in response to great music that literally moves our body — but why does that happen? Martin says that it’s really just down to our biology.

“Repetitive motion will create endorphins, but in dance, there are several systems that offer a double hit, if you will. One is that dance works with the reward center in our brains (which, Martin notes, is also responsible for addiction). The other part is that pleasure is reinforced because we coordinate our bodies with music. That happens a lot in other centers of the brain that give auditory stimulus pleasure. It gets coordinated with physical movement, and that gives a double hit in the cerebellum. You have a positive experience and want to do it more,” she says.

Dance is not just what you see on the stage, it’s what happens when people dance at church or in a club, it’s everywhere, and it’s all spiritual for me, regardless of where it happens.

It’s no secret that movement is also beneficial for stress management as well — but it has a wide variety of other benefits, too. A 21-year study published in 2003 in the New England Journal of Medicine showed that dancing helped people 75 years of age and older stay mentally sharp well into their golden years. The study showed that frequent dancing protected older adults from developing dementia.

Dancing can also help slow down aging and boost your memory. Dancers use marking to remember choreography, and in marking, they create new neural pathways, helping them remember cues and develop more neuroplasticity, which can decline with age. This 2013 study published by the Association for Psychological Science noted that marking improved muscle memory indicates that dancers are continually building new neural pathways.

As Martin notes, “Dance, especially elite level dancing, is more of a mind game than a physical one. You have to become and have such command over your internal processes to get into the zone, and that’s when true artistry happens. So being able to access that through your interoception and coordinate that with your proprioception makes dance both internal and external for the dancer.”

Dance in the era of Covid-19

Dance in the current pandemic has evolved to meet the needs of both dancers and audiences. Alvin Ailey has offered their entire season for free online and will offer Revelations, Ailey’s masterpiece that celebrates his African-American heritage, online starting on December 2. The company has also taken their dance classes online at the Ailey Extension too. Like Ailey, the Smuin Ballet offers everything from online classes, recorded performances, and safe, real-life events in the San Francisco area.

While coronavirus has made many classes and events more accessible for those who can’t travel to major dance centers like New York or San Francisco, it has had a significant impact on the dance community.

“Dance is such a social experience,” Battle says. “You can kind of reinvent the notion of being in a live performance no matter how wonderful the videos are or the filming is. All of that stuff that happens, you can’t duplicate in the virtual world, and that hits our bottom line. Our whole virtual season is free, but I hope this whole experience makes us all appreciate when we are back and able to be in close proximity, the value of having moments together. I hope there will be a greater appreciation for coming together and dancing together that we neglected and took for granted in a lot of ways prior to the pandemic.”

“The pandemic has been a lot like having a coronary blockage,” Fushille says. “At the same time, that blood has to flow, and it will find a way. It’s the same thing with our art and our creation. Dancers have to dance, and they will. One of my dancers was quoted as saying that the art has never stopped, and that’s very true. We are finding these new ways to share our form of expression, and it’s been so well received.”

Whether you are a regular dancer or just a weekend dance-in-your-living-room type, just the movement of dancing can offer a ton of benefits if you do it consistently. It can help stave off depression, give you mental focus and clarity, and strengthen your body. It can connect you to a community both in real life and online, and it can simply help you express things that you may not have the words to communicate.

“You can’t call yourself a healthy person if you don’t also feed the soul,” Battle says. “Dance offers more than just a kind of need to be entertained, which is wonderful, but it offers a way to be inspired. Dancing in and of itself is cloaked with hope because movement says that I am alive, I resist being stationary, I resist going down, I am going to keep moving.”

Read my story at Shondaland, here.