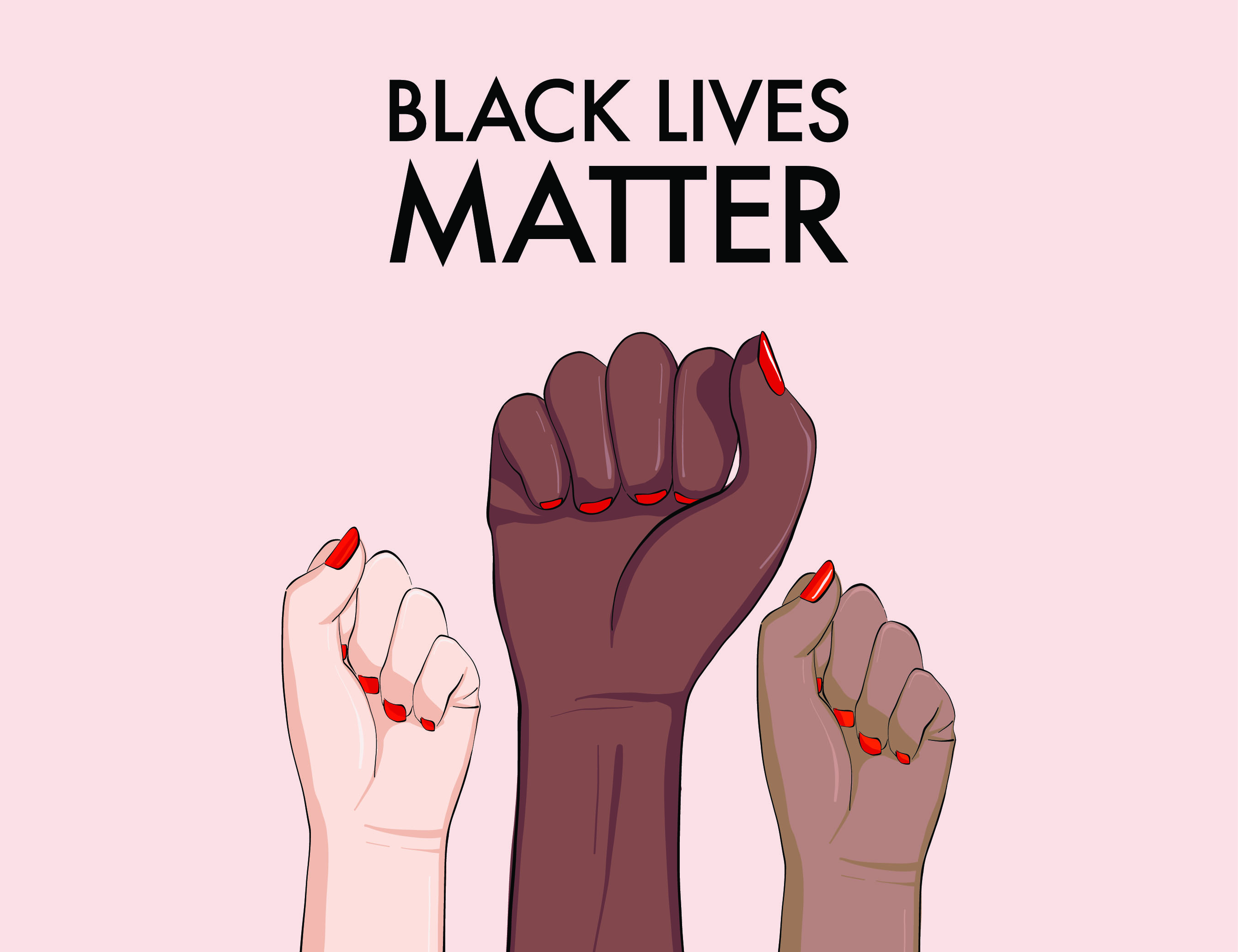 It’s inherently disingenuous because all lives won’t matter until Black lives matter, too.

Slogans and sayings inundate us in everyday life. They become part of our national language and part of the fabric that makes up how we see, describe, and construct our nation, our laws, and our world. In this historic moment, language is at the heart of a movement, sparking a groundswell change and opening new lines of communication about what it means to be Black in America.

The phrase began as a hashtag on social media platforms in 2013 when thousands of activists took to social media and the streets to protest the acquittal of George Zimmerman after he shot and killed 17-year old Trayvon Martin in Florida in 2012.

Zimmerman was arrested and released five hours later, claiming he shot Martin out of self-defense, invoking Florida’s “stand-your-ground” law. Zimmerman was acquitted of second-degree murder and manslaughter in the case, sparking protests across the nation and prompting three activists — Alicia Garza, Patrisse Cullors, and Opal Tometi — to start the hashtag #BlackLivesMatter in protest.

Since then, the hashtag has been used to keep police brutality and the killing of black Americans in the public eye, rally nationwide protests, and remind the public of the ongoing fight for equality. The hashtag has since grown to shine a light on the killings of black men and women including, most recently, the brutal death of George Floyd, and to rally the support of a nation of people of all colors to instigate change.

Yet there are detractors. There are people who react to the phrase “black lives matter” by saying “all lives matter.” Leslie Hinkson, a sociology professor at Georgetown University who studies the role and meaning of race and its institutionalized effects on educational, employment, and health outcomes, calls this “an impulse to respond to things in a color-blind fashion.”

It is easy for those who systematically accumulate advantage to say, of course, we are all equal. Yet, it’s only black lives that are being systematically depressed, oppressed, and repressed.

“Saying that ‘all lives matter’ is a weapon of racism,” Margulies says. “It’s a weapon of advantage. It is easy for those who systematically accumulate advantage to say, of course, we are all equal. Yet, it’s only black lives that are being systematically depressed, oppressed, and repressed, and historically always have been. The viciousness of attacks on black bodies is reason enough to treat it separately.”

Hinkson agrees, and adds that she sees the movement as a moment for hope as well as a reminder of the racism and oppression that black people have been subject to throughout history.

“Black Lives Matter isn’t only a movement of anger, which is the interpretation that a lot of white America takes from it. It is a movement of hope that basically cries out and says, ‘Hey! See us and see what we are going through,’” Hinkson says. “Through slavery, all of the Antebellum period, through Reconstruction, Post-Reconstruction, the Jim Crow era, even through to today, I think that ‘black lives matter’ arose from not just a sense of rage and desperation in the black community, but out of a sense of help and hope.”

Read more of the story that the staff at Shondaland asked me to write. I’m extremely honored that they trusted me to do this work.