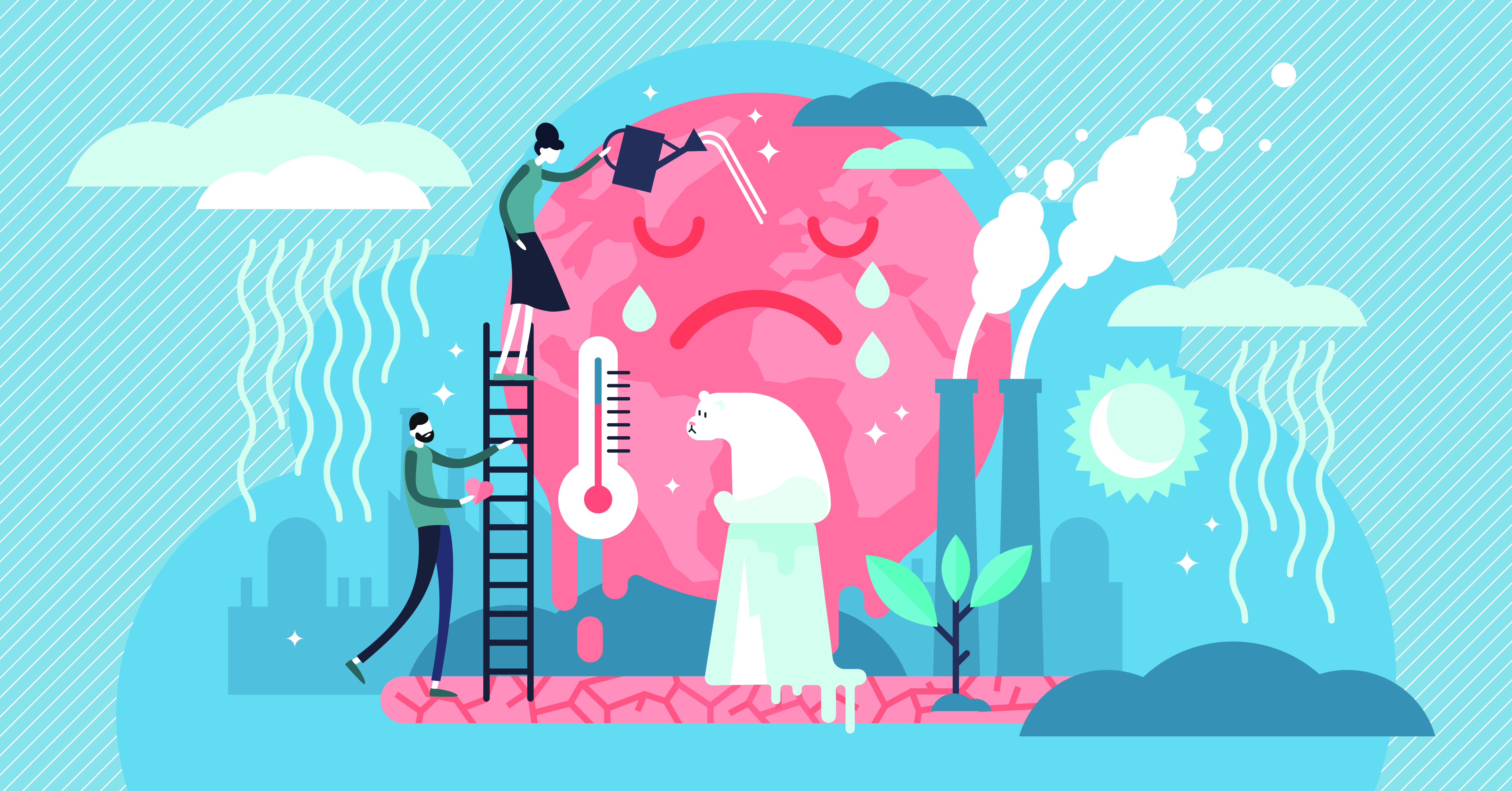 While there’s no clinical diagnosis for eco-anxiety, more and more people are feeling the emotional effects of climate change.

Whether it’s fears about rising sea level, sadness about wildfires worldwide, or just a general sense of dis-ease about the future of our planet, you aren’t alone. There are things you can do to cope.

There’s no way to deny it any longer: Climate change is occurring at a far faster rate than many scientists had hoped or expected, and it’s beginning to have a significant effect on our mental health.

Back in November of 2019, more than 11,000 scientists around the world declared that the climate is in crisis, stating “clearly and unequivocally that planet Earth is facing a climate emergency.” The focus of their alarming report was on the speedy rise of greenhouse gases, which raise the surface temperature of the earth and, in turn, cause major disasters like fires (like those in the rainforest and Australia), floods, and significant food and water supply disruption.

“I think we reached a crucial point with that report. It is, without a doubt, a crisis. The facts are clear. It’s real, and it’s a threat to our lives as a species,” says Merritt Juliano, the co-president of the Climate Psychology Alliance of North America, a group that works to bring mental health awareness to climate change.

“The most recent reports show how dire the situation is. The reality is that we have not done enough to prevent the worst from happening. Climate change has never been referred to as an “emergency,” and now that the mainstream news media has started covering it more, people are bombarded with the potential for a catastrophic future in an unstable world,” she says.

Climate anxiety has become prevalent enough that the American Psychological Association released a report about the topic late last year. The report details how therapists can help patients struggling to cope and lays out just how prevalent the mental side effects of climate change are.

“Climate change has moved from more of a fringe awareness to a mainstream thing,” Renee Lertzman, a climate psychologist and founder of Project Inside Out, a group working on creating a roadmap to deal with climate-related mental health concerns that arise as the climate crisis advances, says. “It’s like culture has woken up. We know more now than we ever have about the impact that we have on the planet,” she said, “and it can be scary.”

Read the rest of my story about how best to cope with eco-anxiety over at Shondaland.