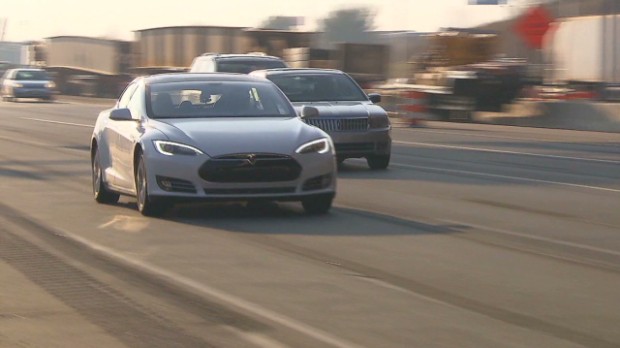 After the now famous instance where a broken down Tesla stranded a New York Times journalist in the wilds of Connecticut, Tesla reached out to me and CNN’s auto reporter, Peter Valdes-Dapena see about arranging another long distance test drive.

We had a very small window of opportunity and it took a lot of coordination and logistics planning to get all the pieces to fit, but we eventually settled on doing the drive on Valentine’s Day 2013. A few flights later, Peter and I were settled in Washington D.C. and getting ready for our drive.

I kicked up attention on Twitter as I tweeted about our progress and eventually earned our story more than 217 other stories about our journey.

We shot video along the way and successfully made the 450 mile drive without a problem. I drove the last leg between the Milford Supercharger and Boston (in fact you can see my hands on the wheel in the final piece), and needless to say, my husband still says that he is the only man in the world that was stood-up on Valentine’s Day, for a car.

I did not edit the video, but produced it, coordinated it and made it all come together.

Check out the piece below.

Driving a Tesla Model S from DC to Boston.