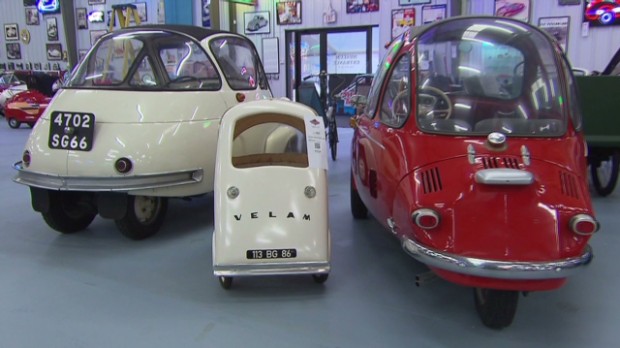 Inside the largest collection of the tiniest cars in the world.

In mid-February I had the opportunity to meet microcar collector Bruce Wiener at his Microcar Museum outside of Altanta, Georgia.

He was a fascinating, passionate man who had traveled the world collecting more than 200 microcars. I interviewed him just as he was preparing to auction off the tiny cars through RM Auctions.

The highlight of my trip was driving one of his very own famed Messerschmitts in the small parking lot where RM was preparing to stage the auction and getting to see two of his other, unpublicized, collections. Both were the highlights of my trip.

See the video below.