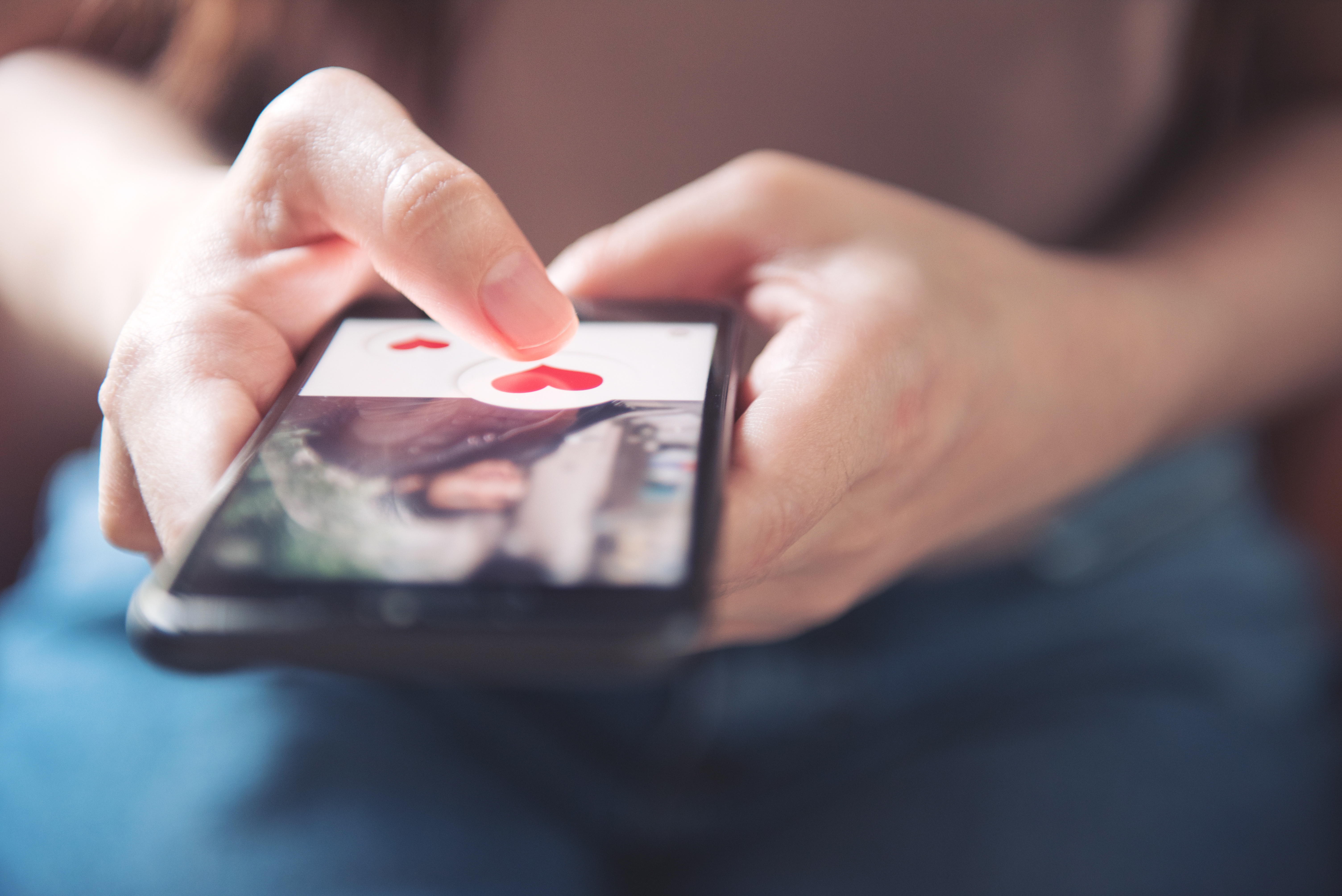 Being single can be difficult during normal times. There’s the awkwardness of first dates and connecting on apps, followed by the inevitable question: “Are we dating or just hooking up?” Yet, when you add in the complexity of a global pandemic and things get a whole lot weirder — and more fraught.

Do you meet in person? Do you go on a “date,” but only in a socially distanced, outside space? Do you touch? Do you kiss? What about sex? Once that happens, are you exclusive? What does your exposure look like outside of the relationship?

The subtleties of meeting new people and starting a relationship with them are confounding in this new and uncharted territory. The issues that could arise down the road as a result of things like touch deprivation and social interaction could have a long term impact on all of us. A study conducted in early April of 2020, and published in the Medical Research Archives Journal, noted that even early on in the pandemic, 60 percent of those surveyed said that they already were experiencing high to low levels of touch deprivation, resulting in a higher level of anxiety, depression, and sleep deprivation. Yet there’s so much risk involved in connecting with a virtual stranger in real life, how do you know you can trust them and stay safe?

Jenn Kennedy is a marriage and family counselor based in California, and she says that she’s seen clients run the gamut between tons of contact and none. “I think initially people hesitated to even consider dating,” Kennedy says. “It’s all about risk tolerance and, initially, some people didn’t worry, and others really pulled back. What has been so difficult at this point, though, has been the prolonged nature of the pandemic. I have a handful of clients who are so lonely, and their touch needs haven’t been met, their social needs haven’t been met in 11 months.”

Yet, despite this, there are plenty of safe ways to date these days. Here’s what you need to know about navigating the issues of trust when it comes to dating during the pandemic.

Learn about your own boundaries

Chang lives and works in Los Angeles, one of the worst places in the country for Covid-19, and she has been single since the pandemic began. Though she says that she hasn’t met anyone in person, she is still active and connecting with people on various dating apps. “I’ve basically accepted that this is just what it is, for now. Dating is on hold,” she says.

Kennedy says that it’s really important to know your boundaries and find ways to stick to them safely. “You shouldn’t feel sheepish about asking for protection,” she says. “Anyone could have Covid. It’s more transmissible than sexually transmitted diseases. It’s easier to get, and it’s harder to see. We all know people who have high integrity and are totally observant and still got it, whereas flagrant behavior of a certain kind can be a real risk, too. It’s important to screen for this in relationship to your own personal comfort level.”

Alice Chase is another friend who has become recently single, and she lives and works in Dallas, Texas, which has seen a post-holiday surge in the number of Covid-19 cases.

“There’s a certain amount of self-assessment involved in dating during these times,” Chase says. “I would never have suggested that a potential date and I meet in a park or somewhere socially-distant for a first date in the past, but now you’re weighing a health concern,” she says.

Much like the HIV-epidemic, screening potential partners before deciding to get intimate (or even meet) is an important step to take.

“You can screen a potential date, their protocol, and their attention to detail around Coronavirus,” Kennedy says. “Since we’re mostly doing video calls these days, you can get a feel for the protocols they have in place in their own lives.”

Chang says that she’s been ok with staying safe at home and not meeting potential dates out in the real world. “I’ve been turning people down,” she says. “I see people on social media having parties in someone’s home, breaking social-distancing. So, when I see that, I decide. I really want to get a really good sense of where this person’s risk level is and how carefully they are managing their exposure. That factors into my decision of whether this person is even worth continuing to have a conversation with. I’m definitely not making out with or hooking up with anyone,” she says. “One of the things that people just don’t realize is that you could have Covid and not have symptoms, and then you can spread it.”

Chase equates screening for a potential date’s feelings about Covid, to screening for their political or religious beliefs. “If someone is a non-mask-wearer, that says a lot about that individual. They may not have the same level of empathy that I do,” Chase says. “For me, someone that says they don’t wear a mask throws the same kind of red flag as someone who might not hold the same kind of political or religious beliefs I have. The comfort of going out or not has come in an ebb and flow through different peaks of the pandemic. I think that it will continue to evolve. Taking certain precautions isn’t just a matter of protecting yourself, it’s a matter of protecting others, too.”

Be upfront from the get-go

“There is a risk involved in dating that wasn’t there before,” Chase tells me. “You have a responsibility to disclose anything that might have an impact on someone else’s health, and there’s a certain amount of integrity that has to exist. If you are going to be in a relationship, that disclosure has to be on the same level as disclosing something that would impact your sexual health.”

Many dating apps have seen an uptick in memberships since the start of Covid-19 (versus a steady decline prior to the outbreak), and many have taken precautions to remind users of the risks of the pandemic and encourage video first dates. Tinder, one of the more popular and well-known dating apps, put out a release warning to users to stay socially distant early in the pandemic. Now the company periodically uses pop-ups to warn users about the danger of the pandemic. Bumble, another dating app, offers users badges to display on their profile based on how they feel comfortable connecting. Grindr, a dating and social site for the LGBTQ community, was early to the coronavirus-warning game and made its video and chat options free for users. The company also shared NYC’s Covid-19 Safer Sex guide with them.

Kennedy says that the best way to navigate the issue of trust when you are just getting to know someone, is to be forthright about your preferences for meeting up, and your level of comfort with it, as soon as possible. “You might go into a date with all good intentions,” Kennedy says, “and then you are sipping wine, and you are just love drunk, and you have been so lonely that suddenly you are just making out. It is feasible if people really want to date, that they can still date. You can talk to people online, you can build in parameters to stay safe, and you can both get tested and create a safety pod, but that requires everything to go very slow.”

(Virtually) invite someone into your home

“Covid has impacted dating here in Dallas,” Chase says, “Maybe you start with a text conversation and then meet through a video call. I’m having a lot more video calls before I even consider meeting someone in person.”

Chase says that while she does miss the days of meeting someone for a night out on the town during a first date, she also likes seeing some of her potential connections in their own element. “If we’ve already Zoomed or FaceTimed, we have already invited each other into our homes before we’ve even gone out,” she says. “There’s a level of comfort that is already there. You have seen someone’s face, heard their voice, and already laughed together before you have actually seen someone in person.”

Kennedy says that even though it’s not what we’re used to doing normally, meeting virtually first can actually be tremendously beneficial. “The slow down of the process is beneficial, compared to, say, when people meet in a bar, and they make out at the end of the night, and then they get to know each other later. It’s different. I think having a bit more exchange with each other either on the phone or via video chat is a great way to both keep yourself and your loved ones safe, but also get to know someone a lot better. Zoom feels pretty doable, but it builds in barriers, and it slows down the dating process.”

The truth is that we each have to figure out the issue of trust with every single interaction we have, whether we are single or not. Do we feel comfortable going to the grocery store and interacting with total strangers? Or are we ordering all our groceries (and restaurant deliveries) in? Where does that put you on the spectrum of risk? In general, we should apply the same parameters to our friends, our external social interactions, and our potential romantic interests.

“Everyone has their own limits,” Kennedy says, “but no matter what, you need to be clear about what those are, be consistent, or renegotiate if you get new information. Don’t do it arbitrarily. Everyone is really sensitive to risk right now.” Regardless of what you decide, it will be the right answer for you.

“For me, at this point, I can’t assume that someone else is managing their health the same way I am,” Chang says. “I just can’t. There’s no way to know for sure. I am not really seeing friends in person, but especially when it comes to dating and someone you don’t have an established relationship with, I am just not seeing them. You really don’t know what their level of comfort is, and you don’t know if you’re on the same page with them.”

Chase is more comfortable with public real-world interaction. She’s been on a few real-life dates and says that she enjoys it. “I am not personally worried when I go on a real-life date, because there has been a conversation prior to meeting up. It’s like when you ask someone about how much they drink. In this case, you ask, ‘How much interaction are you having? What does your personal contact look like?’ You trust what they say to you as much as you trust anything else they say to you. Proceed with caution and at your own risk.”

Kennedy echoes the same idea. “Be explicit about your expectations,” she says. “If that includes not going indoors or not being intimate with someone who hasn’t been tested, then that’s fine. There are a lot of different rules you can apply. If there are expectations, be clear, so that the other person can make the right decision for themselves, too. Safe is a subjective term.”

Read my full story on Shondaland.