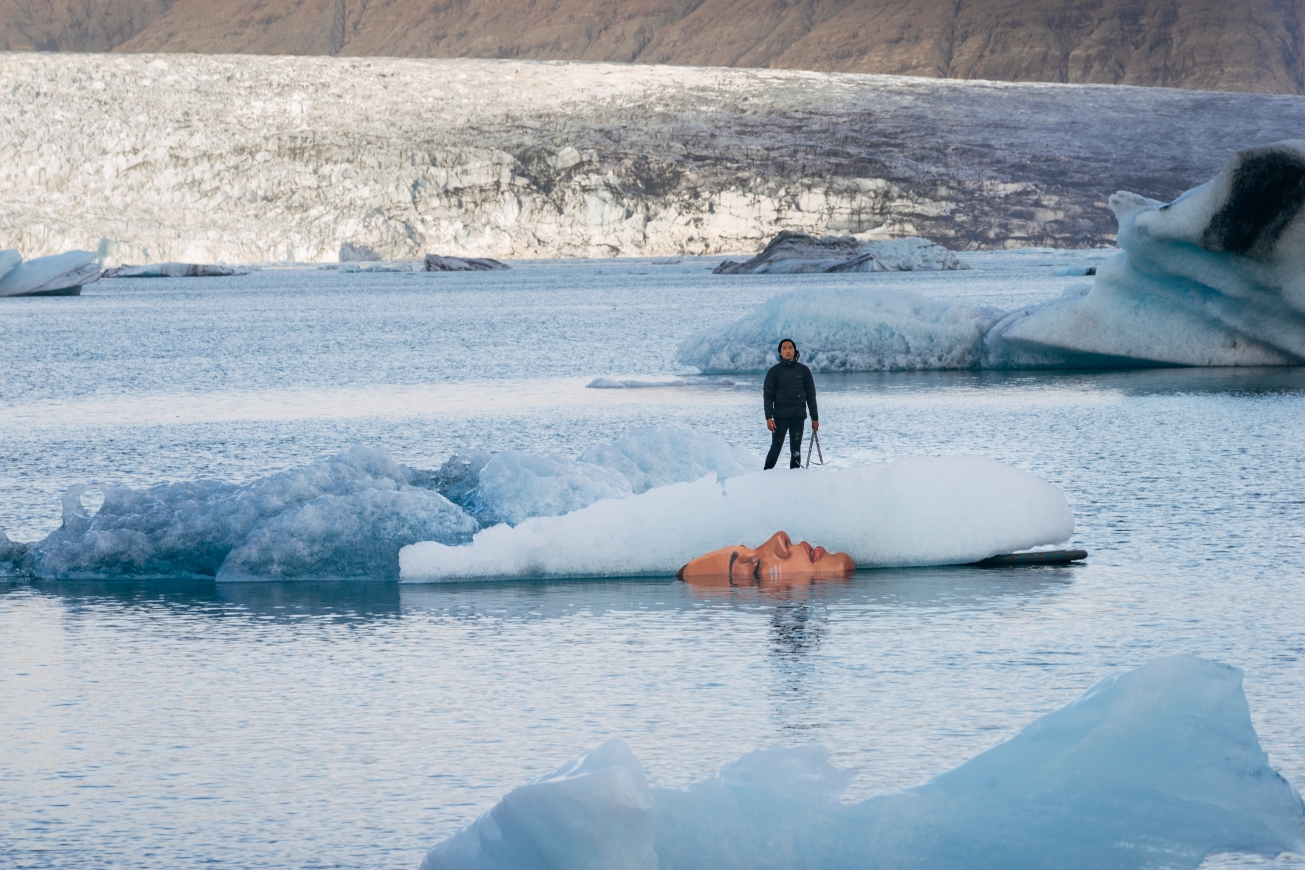 “It was the most chaotic thing we have done so far,” Sean Yoro said as he sat on a contemporary black and white couch in the lounge of his apartment complex in Long Beach, California.

His twin brother, Gabe Yoro, nodded emphatically. “We’d planned to do four murals on the ice floating in the bay, but the icebergs kept flipping and cracking much faster than we’d anticipated. There I was, standing on my paddleboard, screwed into these giant pieces of ice with ice screws, and they kept melting at this incredible rate as we worked. We were only able to finish two.”

While there’s no video of their Iceland exploits from 2015, you can see photos of the otherworldly work on Instagram. Sean and Gabe Yoro, who go by their artist names Hula and Kapu, make up the Kapu Collective. They are creating impermanent artworks in impossible places to bring awareness to issues like global warming.

The Yoro brothers wished they had documented their work in Iceland since it involved a rental RV, a five-mile hike with equipment and materials, followed by hours of painting while balancing on a stand-up paddleboard in near-freezing water, sometimes well into the night. “At the time, the Paris talks were going on, and it just felt very timely to do something that really showed how quickly the ice was melting,” Sean said.

The results of the ice painting includes just two works. The first is a woman’s hand painted on beach ice that sits washed up on black sand. The second is a women’s face, eyes closed and facing upward, her eyes, lips and nose, rest just above the waterline as the ice on which she’s painted floats serenely among other ice in an unpopulated bay. Both pieces are beautiful and eerie. The work has long since melted and disappeared, but thanks to Gabe’s photographs, it lives on in digital format. And that is part of the magic of what the Kapu Collective is creating.

Read more about the Kapu Collective and what they are doing via my story at Forbes.