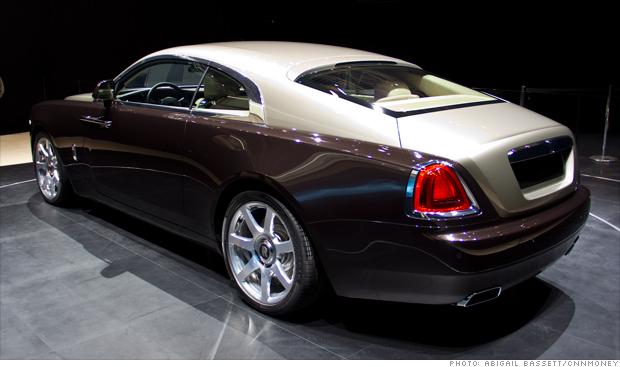 While at the Geneva Motor Show, I had the opportunity to get a personal peek at the brand new Rolls Royce Wraith (which is, in my opinion one of the best named cars, around.)

Some of the cool features include a headliner with tiny fiber optics to replicate stars, and signature “coach doors,” (also known as suicide doors).

Check out the video below to learn more about the Rolls Royce Wraith unveiled at the 2013 Geneva Motor Show.