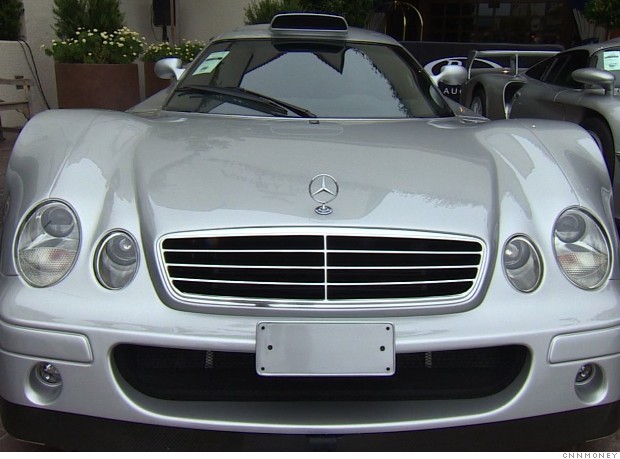 The 1999 Mercedes CLK GTR racecar was originally built so that the automaker could compete in a new race series. Among the rules: Automakers needed to build at least 25 production versions of the racing vehicles.

This one was the first of those production cars and I had the opportunity to spend some time with it.

For more on the sale at Pebble Beach, visit CNNMoney.