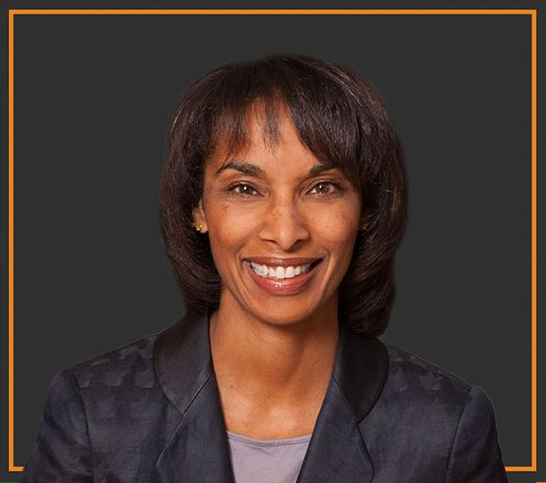 Rouse has been nominated to chair President Biden’s Council of Economic Advisers. Here’s what she brings to the table.

Cecilia Rouse has spent more than 30 years studying the economics of labor markets. She’s focused much of her work on the topic, specifically as it pertains to race, poverty, and education, as President Biden noted when he nominated her to head his Council of Economic Advisers (CEA) in late November of last year. The CEA is charged with providing objective, evidence-based advice and guidance to the president and his administration. If she is confirmed, Rouse will be both the first Black woman to head the council and just the fourth woman to hold the position on the CEA. While these are both notable achievements, Rouse says that her passion for economics stems from her desire to change the world.

“I went into economics because I wanted to use the tools of economics to generate positive social change,” Rouse says. “I have always been concerned about those who are more disadvantaged, and to make their lives better was my goal. I went into economics not to do basic research, but because I wanted to apply the field to public policy. My academic background and research has prepared me for this. I love asking questions and turning to data to use as an evidence-based way to understand the world.”

Rouse grew up in Washington, D.C. and then Del Mar, California. Her father was the first African American to earn a doctorate in physics from the California Institute of Technology and her mother was a school psychologist. According to The Washington Post, it was Rouse’s mother who first encouraged her to take an economics class at Harvard University when she was a freshman.

I love asking questions and turning to data to use evidence to understand the world, and challenge my own understanding of it.

It just so happened that she was taking her first economics course at the peak of the recession and mass unemployment during the early 1980s, and as she said during her confirmation hearing on January 28:

“I was there because my wise mother had told me to take an econ class. But it was really unemployment that piqued my interest, when I could see how classroom material could be applied to the world outside and the millions who were experiencing in real time the effects of a struggling economy. I was drawn to the discipline because I wanted to know why this was happening. Why had jobs disappeared — and what could be done to bring them back? I focused my work on the labor market, and in particular on the impact of education on people’s job prospects, ways to tear down barriers to job growth, and policies to make it possible for more people to achieve long-lasting economic security. Since then, I have had the honor of working on these important issues in academia and the public sector.”

A history of applied science

Rouse has plenty of experience turning her research and curiosity into real-world, fact-based policy guidance for presidents in the past. She was a member of the Council of Economic Advisers during the Obama-Biden Administration from 2009 to 2011, and part of the National Economic Council in the Clinton Administration as Special Assistant to President Clinton in 1998. During her time in the Obama administration, she and her cohort worked hard to come up with new ways to work, suggesting government supported job sharing and encouraging short-term compensation to help get the economy back on track after the Great Recession. She’s also the Dean of the Princeton School of Public and International Affairs and has held that position since 2012.

Her academic research has run the gamut; from co-authoring a joint paper that studied the impact of blind auditions for symphony orchestras, which kept the genders of musicians hidden (and found when auditions were blind, women were more likely to be hired) to the impact that junior college and community college has on attaining a B.A. degree.

As Rouse says, the Council of Economic Advisers or CEA provides fact-based guidance to the president and his administration using studies like those she has executed to inform policy. “Our job is to look at the economic data, to put it into context, and understand the unemployment rate and determine, overall, what we see there,” Rouse says. “As the administration develops an economic plan, we work to ensure that that plan is informed by the best economic thinking. We look at the best ways to move forward, investigate the pitfalls, and determine if there are strategies to use to support the economy.”

Rouse says that her experience has prepared her for her role as the chair of the CEA if she’s confirmed. “I love asking questions and turning to data to use evidence to understand the world, and challenge my own understanding of it,” Rouse says. “My academic experience brings that curiosity to the table. The time I spent at the NEA under Clinton, and CEA under Obama, means that I understand what is possible, and I understand how Washington works, in terms of economic policy. I have a clearer understanding of the problems I see in our labor market today and I understand what the academic world can bring to the table.”

“What I am largely focused on is the impact of these downturns on workers, especially those who have a more tenuous relationship to the labor market,” she says. She explains that there is what she calls a “scarring effect” for both those who are long-term unemployed and for employees who have held their jobs for long periods of time. “The longer one is employed, the more those people atrophy and lose touch with what’s going on in the field,” she says. “Employers often think that if you have been employed for longer, then you don’t have anything to offer.” On the flip side, those who are long-term unemployed are also seen as less appealing on the job market too. “Because of the nature of the pandemic and the acceleration towards the use of technology, we are doing more things remotely,” Rouse says. The same perception carries over into those who are long-term unemployed. The longer someone spends out of work, the less employers think that they have to offer.

“As one small example, we do expect that travel will return but it wouldn’t surprise me if it doesn’t return to the same levels as it was before, as people discover that we don’t need to have every meeting in person. Some of those workers will be displaced as a result. These are workers who are perfectly capable but they may need some training to help them make a transition. So focusing on job training is one part of this. Finding ways for employers, especially during a downturn, to spread out the work through worksharing, is another. Under Obama, for example, we started creating emphasis on short-term compensation to retain workers. It’s a way to spread out the hours that are needed among more workers so that more workers stay connected to the workforce.”

The pandemic’s disproportionate impact on women and people of color

Education, training, and a safe reopening of schools and businesses are all vital steps and tools that need to be used to improve the options for workers who have lost jobs and the health of the economy, but it’s not yet clear that these tools and steps will help those who need it most in the current environment. Giving everyone equal access to these tools and steps is crucial. There’s no question about it; women, particularly those of color, are disproportionately bearing the brunt of job losses during the pandemic. In December 2020, the economy shed 156,000 jobs, and all of them were held by women. Women of color were hit particularly hard: Latinas currently have the highest unemployment rate, followed by Black women. White women have the lowest unemployment rate at 5.7 percent.

In response to these disturbing numbers, Biden recently announced a portion of his economic stimulus plans is aimed at helping women and caregivers in particular through things like expanded family leave and childcare tax credits. Rouse says that his plan, informed by those recent unemployment numbers, will help form the path forward.

My hope for all workers, and especially women and other caretakers, is that we provide the assistance they need so they can take care of their families and have productive lives in the workforce.

“The data has been showing us for some time that women and caregivers have been impacted by this recession more than others,” Rouse says. “Biden is proposing paid family leave for 14-weeks. That may help workers who may be sick or have to have time off to care for a sick family member. The idea is to expand in his package of child care assistance. This could include increasing and expanding credits for child care and making these costs refundable to help support more families. It’s why he has made this pledge to reopen K-8 schools in the first 100 days because we know that if we can get the children back to school, not only is that better for them educationally, but it allows their caretakers to get back to work if they are able to, and ensure that both are taken care of. I think there are many aspects of the package that reflect those data.”

As Rouse says, “The most important thing right now is to help people get food on the table and pay rent. The purpose of the rescue package is to help those who need it most. I think we are in this situation and we are not going to just snap out of it. It’s going to take a bit of time, and we have to get the pandemic under control first.”

Hope for the future

Despite the economic challenges ahead, Rouse is hopeful. She believes that the data will help guide informed policy that truly helps those who need it most.

“My hope for all workers, and especially women and other caretakers, is that we provide the assistance they need so they can take care of their families and have productive lives in the workforce,” she says. “I feel that in 2009, we were in a crisis in which we didn’t know what the depths were, and we didn’t fully understand exactly how to get things started again. On many dimensions, we are in a larger and more difficult position, today, but we know that it is caused by the pandemic. We know that we need to help people get through the pandemic without inflicting harm. In this case, we know what the cause is, and we know that we have to get people through it and then the economy will recover.”

About her nomination and being the first Black woman to head up the CEA, Rouse says she’s ready to work.

“I am honored to have been nominated by President Biden to head the CEA at this time as it represents his commitment to ensuring that the economy is working well for all Americans, including those of color,” Rouse says. “As for the ‘firsts?’ The fact that we are still having so many ‘firsts’ reflects the dual reality that we have made progress and yet there is so much more work to be done.”

See my full story and interview at Shondaland.