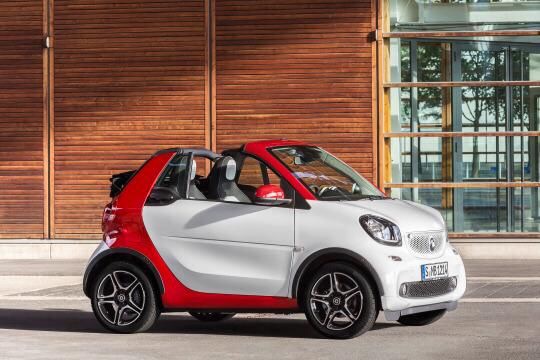 I’m zooming around Valencia, Spain in 60-degree weather, topless, in January. Did I mention that I’m also participating in a scavenger hunt around the 2,000 year-old city, ticking off landmarks like the 14th Century city walls and the Cat Hotel on a smart phone, and taking selfies in front of graffiti covered walls? This is the epitome of Smart culture as experienced from the driver’s seat of the new 2017 Smart ForTwo Cabrio.

Find out what I thought about the teensy-tiny car over at Yahoo! Autos.